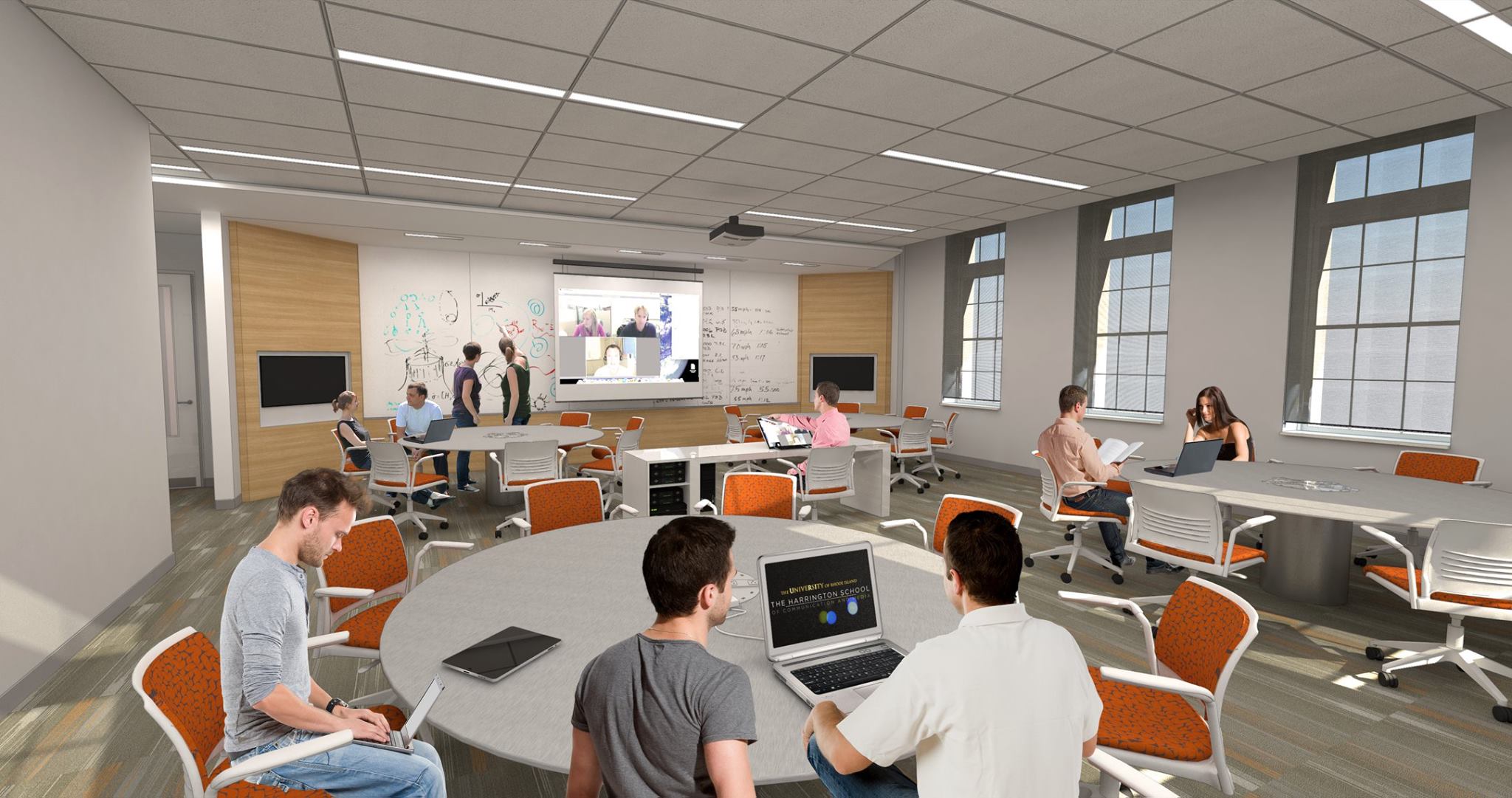 URI Celebrates ‘REBIRTH’ of Harrington School of Ccommunication and Media

The University of Rhode Island has launched a $6.3 million renovation of its communication and media school.

The 8,800-square-foot renovation of Ranger Hall will give Harrington School of Communication and Media a “cutting-edge facility,” according to officials. The university launched the project with a ceremonial wall breaking Friday on the quadrangle near Ranger Hall. Rather than using shovels at the groundbreaking, URI officials used sledgehammers to destroy a ceremonial wall.

“This is a milestone in the life of the Harrington School,” said Adam David Roth, interim director. “This building and this renovation project will represent the heart of the Harrington School and home to its six programs. Our faculty and students know how important a state-of-the-art facility like this will be. We need to prepare our students for the rapidly evolving world of communication and media. We want to be a true global leader in communication and media education.”

Phase one of the building’s renovation will focus on turning the first floor of Ranger Hall into a hub for communication studies, film/media, writing and rhetoric, journalism, public relations and the Graduate School of Library and Information Studies. That work should be completed by fall.

The project will create 11 rooms on the first floor, including active learning classrooms, three audio/video editing suites, an audio recording studio, a film screening room, a social media innovation lab, a media equipment resource center, an advising center and a living room for students, faculty, alumni and guests to gather.

“Today represents the ‘rebirth’ of the Harrington School,” said Donald H. DeHayes, provost and vice president for Academic Affairs. “The facilities that will emerge before fall 2016 will be cutting-edge, 21st century teaching facilities for our students. These will propel our students into the future of all aspects of communication and media. It will help us recruit and retain the best and brightest students. It provides our faculty with cutting-edge teaching tools.”

Funding for the project comes from a variety of sources, including nearly $1 million designated to be used from a $5 million gift by Dick Harrington, managing partner of the Cueball Group, for whom the school is named. The gift triggered the availability of state funds, and additional private fundraising also contributed.

While Ranger Hall will be the new Harrington hub, the school’s undergraduate and graduate programs will still be housed in several buildings across campus, including Swan, Rodman, Roosevelt and Davis halls. The Harrington school has more than 1,500 students and 165 full- and part-time faculty.