The upgrades are all part of T.F. Green International Airport’s plan to woo airlines while keeping its current routes 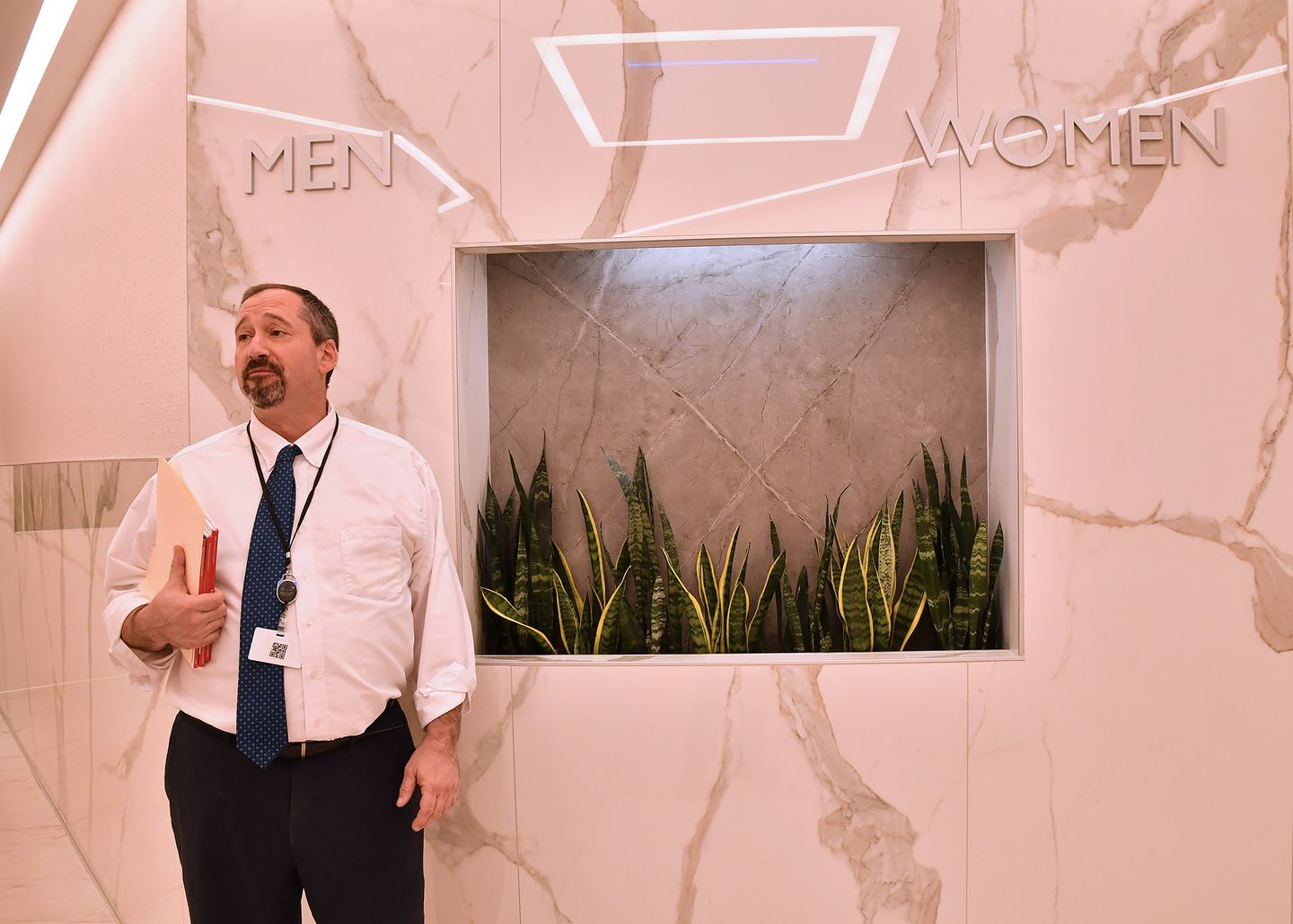 The goal: get to No. 1. The airport’s remarkably high-end new bathrooms around the airport, part of a renovation project that just wrapped up last week, are part of the broader plans in landing that honor.

“They’re the first and last impression for Rhode Island, not just for the airport,” said John Goodman, a spokesman for the Rhode Island Airport Corporation. “Really, it’s about the state. It’s not just about us — we want people to feel that this is a welcoming state, and clean, and refreshing.”

T.F. Green Airport plays a major role in the state’s economy, from attracting tourists to luring conferences, to giving Rhode Islanders or southeastern Bay Staters a chance to travel for work or pleasure without having to schlep to Boston. You’ll trade that convenience and comfort, though, for fewer nonstop routes compared to Logan. Though numbers are trending upwards, there’s still no consistent nonstop route west of Chicago, and, despite the word “International” in the name, there are no current international routes.

The airport, meanwhile, has still not exceeded pre-pandemic passenger levels: From July 2022 to October 2022, the passenger total at Green was about 1.2 million, or 83 percent of 2019 levels. And during the holiday travel season, the Rhode Island Airport Corporation expects Green to be near pre-pandemic levels.

People who do go out, though — perhaps for the first time since the COVID-19 pandemic — will probably notice some changes. The most conspicuous? The bathrooms. The project to redo five sets of them cost $9.5 million, fully funded through federal grant, the airport corporation said. Work started in January 2021. The latest and last set, to the left of security before you pass through on your way to the gate, finished last week. The marble — yes, marble — still looks pristine.

Everything is top of the line. Live plants and fresh-cut flowers, an automated aroma dispenser, LED lights that can change from the current setting of a calming blue, stalls that are large enough to accommodate you and your suitcase, a really fancy contraption that automatically dispenses a plastic toilet seat cover without having to touch anything, an all-in-one sink and hand dryer. 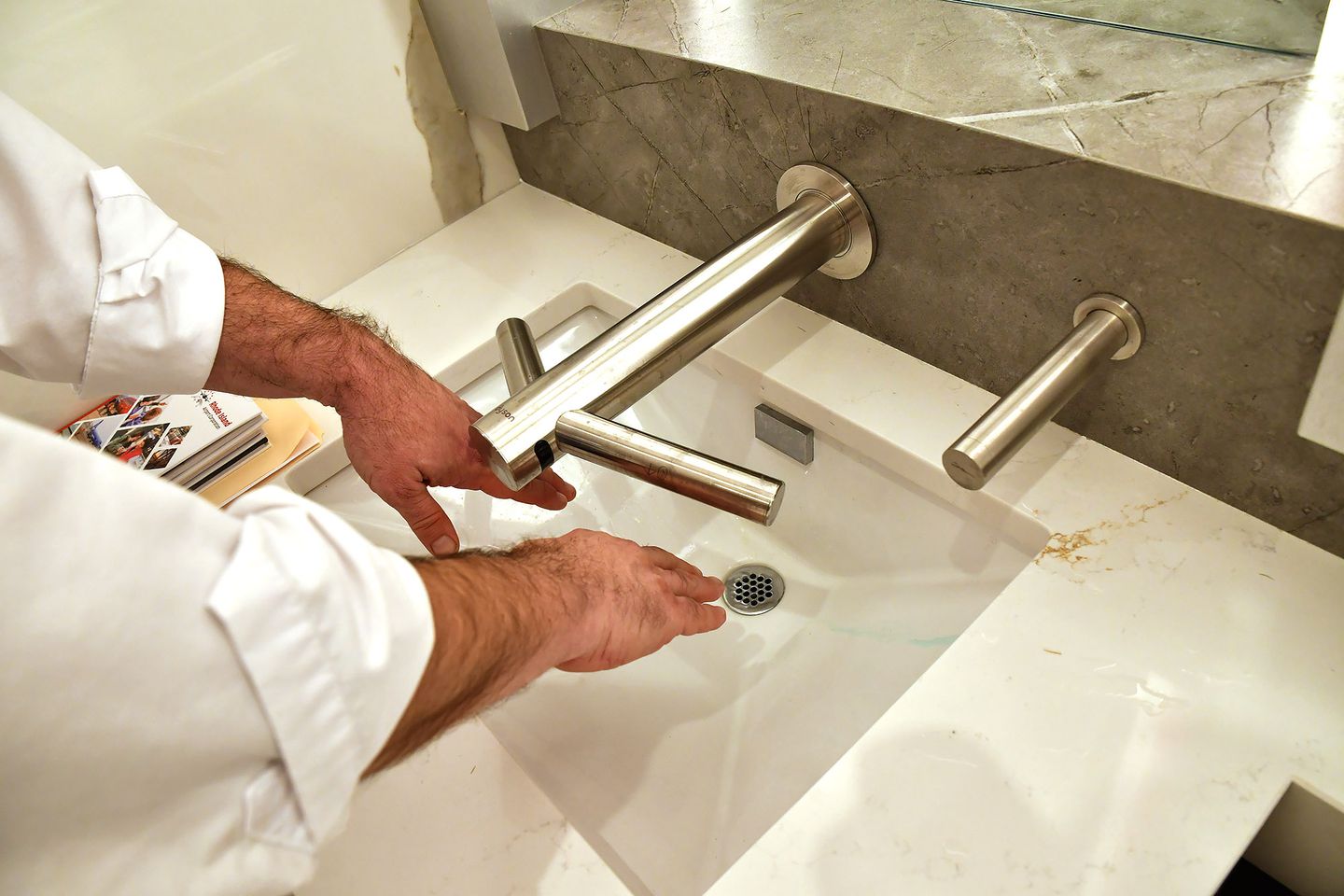 Search “TF Green” and “bathrooms” on Twitter and you’ll find people raving about them. People like Rachel Ladd, who’s from East Greenwich but now lives in Portland, Oregon, and was flying in and out of Green during the holidays last year. The bathrooms caught her attention immediately.

“I walked in, mouth agape — I was like, am I allowed to be in here?” Ladd recalled in an interview. “This is so nice.”

Ladd immediately went back to her fiance and reported that she had been in simply the nicest bathrooms she’d ever seen.

“The fact that one of the things I remember about my Christmas trip was the T.F. Green Airport bathrooms is wild to me,” she said.

Tony Aguilar, who runs Providence-based marketing agency New Flavor Media, is a frequent flyer out of Green. It’s always been a nice airport, but not the bathrooms — it was more “high school gym” than “high end restaurant.”

“It looked like it was very Boston, New York, Los Angeles type of style,” Aguilar said. “You’d never expect this sort of thing at an airport.”

Ladd and Aguilar aren’t alone: The bathrooms are generally a hit among travelers, said Goodman, the airport rep. It’s no trivial matter. The airport is trying to woo airlines and keep the routes it already has, Goodman said. Airlines like Breeze Airways, the startup that plans to open a base at Green next year, want airports to focus on customer service, too (recent travel disruptions notwithstanding). Research showed that bathrooms are a significant factor in people’s reviews, Goodman said. They are often the first place people go when they arrive at the airport, and the last place they go before they leave. These ones certainly make an impression.

So does the cost: Yes, it was nearly $10 million. But people have to keep in mind that it’ll have to serve a flying public of 10,000 people a day for 25 years, Goodman said. And based on the reactions of customers, they got what they paid for: Goodman said he hasn’t heard a single negative word about them. The architect for the project was Saccoccio & Associates of Cranston. The contractor was E.W. Burman, Inc. of Warwick.